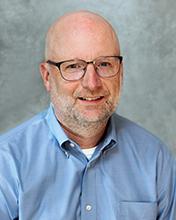 A graduate of Central Michigan University, Randy began his public accounting career with Maner Costerisan as an auditor, then with Jackson National, which afforded him the opportunity to travel the country and points around the world. Upon Jim Grimes retirement with Vogl and Grimes, he joined the firm as a partner and Vogl and Meder was formed. A Corunna native, Randy embraced the opportunity to return the area to work with neighbors and community members alike, who would quickly become both clients and friends. Randy is a member of the American Association of Certified Public Accountants and the Michigan Association of Certified Public Accountants. Married to Valerie, they have raised two wonderful, young adults who are no longer deductions. Randy enjoys playing golf, running, antiquing, and traveling. 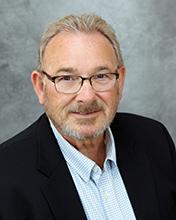 Scott holds a bachelor’s degree in Accounting from Central Michigan University and a master’s degree in Public Administration from Western Michigan University. Scott has nearly fifty years of professional experience including thirty years as an auditor, controller and administrator with the State of Michigan and forty-eight years of experience in personal, business, and estate tax preparation. He specializes in tax preparation and is a member of the National Association of Tax Professionals. Scott enjoys his volunteer work which includes serving on several boards and head cook at the July 4th BBQ fund raiser. Scott and his wife Libbie have four grown children and eight awesome grandchildren. They enjoy lake living, walks with their dog Ivy, golfing, traveling, and attending their grandkids events. 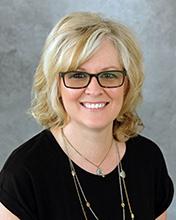 Buffy began her accounting career in high school, dual enrolling in accounting classes at LCC while employed as a bookkeeper at The Colonels at the age of sixteen. She continued her education at Baker College, graduating summa cum laude with a BA in Accounting. Buffy was raised in Owosso and has worked for several major local businesses prior to VMD. She works closely with clients to ensure best practices, the utilization of the most current software and technology, and to navigate evolving governmental rules and regulations. While she doesn’t consider herself crafty, she endeavors where others dare not go, like tackling a detailed counted cross-stitch of the Mackinac Bridge, a favorite Buffy and Ted vacation destination area. They are avid agate hunters, trekking to the Upper Peninsula at least twice a year. 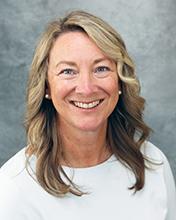 After a career in education as a teacher and administrator, Valerie filled in as administrator for VMD when the COVID-19 pandemic shut down businesses and schools, and remote work began. It was an excellent opportunity for Valerie and Randy to work together again, having owned and operated Subway franchises together in the past. She found she loved the challenge of learning the language of accounting, a renewed appreciation for the experience and expertise of her coworkers and working with who she considers, “the best clients around”. Hosting family and friends for dinner, game nights or just relaxing poolside keeps the Meder house hopping. An avid sports fan, she loves watching her kids compete at the collegiate level and, on any given night, you can find her and Randy enjoying a local high school game/meet/match or cheering on the Spartans at Breslin.